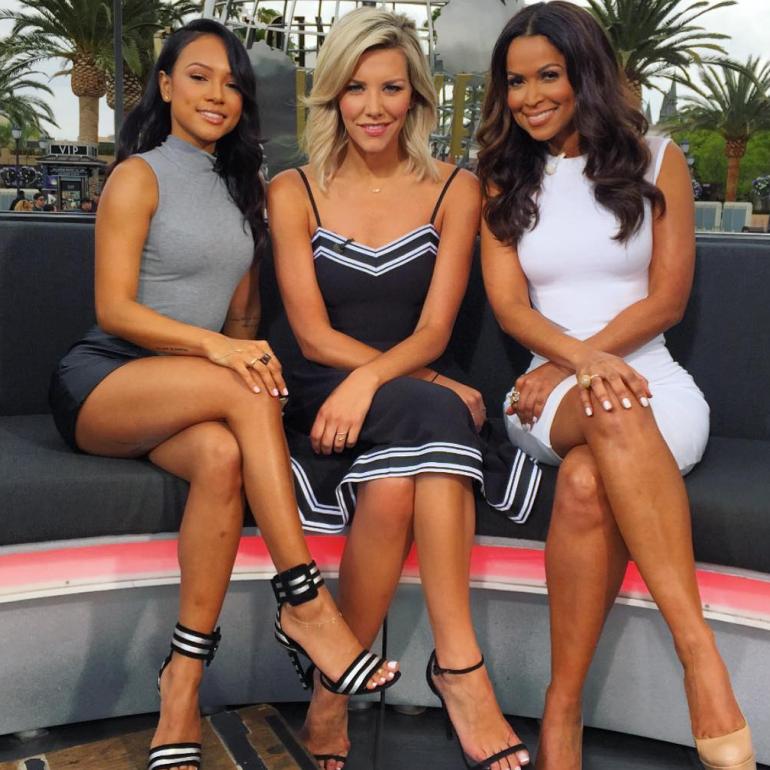 Charissa Jean Thompson is an American television host and sportscaster working for Fox Sports.
Previously, Thompson worked for ESPN, Versus, as well as for GSN and the Big Ten Network.
She was the co-host of SportsNation along with Marcellus Wiley until her departure from ESPN for Fox Sports in June 2013.

She became the host of Fox Sports Live on the new Fox Sports 1 network when it debuted on August 17, 2013 .
She also was one of the American hosts of Ultimate Beastmaster.

From 2014 to 2017, Thompson was a co-host on the syndicated entertainment news show Extra.

Thompson rejoined Fox Sports in 2013 for the launch of Fox Sports 1 ; she began on FS1 as a host on Fox Sports Live.
She also became a presenter for Fox NFL Kickoff. In 2018, she replaced Katie Nolan as the host of NFL Films Presents on FS1.

Is Charissa Thompson married or single?

In January 2020, she got engaged to sports agent Kyle Thousand. She and Thousand married on December 30, 2020.

Charissa Thompson has not done many bikini and none nude photos, but of course still hot in every photo!